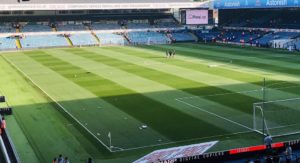 Yesterday wasn’t our finest game and there was no repeat of our performance from Monday, but the key message..don’t panic.

I for one expected us to beat Sheffield Wednesday by a few goals, but on reflection, this is Leeds, we will have blips and we won’t make things easy.

It was a strange game yesterday, we played well in the first half and although Wednesday were playing the high press against us, we had chances with Jack Harrison and Patrick Bamford going close. Unfortunately, we failed to convert them, a worrying trend developing from the last few games.

The second half saw Sheffield Wednesday continue to press and further dominate. We were left to rue our earlier chances when Jacob Murphy beat Kiko Casilla at his near post. Wednesday pushed for a second and it came through Atdhe Nuhiu, Sheffield claiming all three points with a 0-2 victory.

When promotion is at stake, every game is vital and consistency is key. This league is unforgiving, it takes no prisoners and as we have seen, our safety net of 12 points has now been halved.

The game highlighted how imperative it is that we get busy in the transfer window. We need more options and we need them quick. A striker to support Bamford, cover in defence should be priority.

Come May we don’t want to be hit with the same scenario and scenes as last year. The squad doesn’t have the depth to see out the season and if the club are serious about promotion they need to show it.

However, it’s still early January and we have the time to fix things.

We travel to London on Saturday to face QPR and we need to be ready and we need a response.