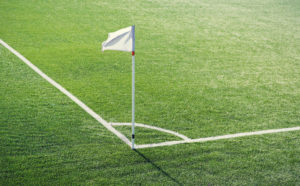 Tonight’s fixture sees Leeds take on Arsenal in the FA Cup, for the third time in 10 years and I am not sure who needs the cup magic more.

We go into this game with our confidence back and in prime position to achieve promotion, and whilst a cup run would be good, the league has to take priority.

As such, we know there will be a few changes, with Robbie Gotts and Illan Meslier likely to feature and we may well see starts for the likes of Gaetano Berardi and Gjanni Alisoki who have been on the bench in recent weeks.

However, Marcelo Bielsa is not one to devalue any game and will treat this game with the utmost respect, his football integrity being second to none.

Bielsa speaks very highly of Mikel Arteta, the new Arsenal manager who served his time under Pep Guardiola. The man who Bielsa says in the best football manager in the world. (Pep has said it’s the other way round!)

Arteta has a rebuilding job to do at Arsenal and he has fans to win back, so they will be looking for a positive result tonight to start that process.

He has said that they need to get become “addicted to winning” and wants that to start tonight.

They will need to do that without Calum Chambers who is now out for the season and have doubts over Martinelli and Bellerin.

You sense this game means more to Arsenal than Leeds, probably because we need to be playing them twice a year rather than just on the odd occasion when we draw them in the cups.