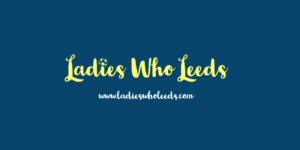 After a 16 day break, Leeds United were back in action against Wolverhampton at Elland Road yesterday.

As we have become accustomed to under Bielsa, we dominated possession and were the stronger side in the first half.

However, despite the high intensity we were unable to convert our chances and the scores were level at the half time break.

The second half saw Wolves find their feet and take control of the game. An earlier chance presented itself when Romain Saiss’ volley found the back of the net. However after a VAR check, the goal was ruled offside and was disallowed.

Wolves continued to press and took the lead on 70 minutes when Jimenez’s effort took an unlucky deflection off Kalvin Philips.

Bielsa looked to his substitutions which saw Raphinha handed his debut and both Hernandez and Poveda brought on. However, it was no to avail and Wolves secured all 3 points.

Despite the defeat, there are many reasons to be positive about this side. Robin Koch in particular was outstanding, with a composed and assertive performance.

There will be no time to dwell on the result as a Friday night fixture with Aston Villa awaits.