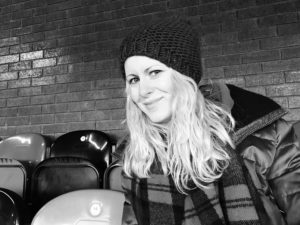 It started with a bang to the head.

An accident that left me with a tiny little scar on the right side of my head and a football team called Leeds United.

I was 3 years old and so desperate was I to go out and play at nursery that I slipped and banged my head on a workbench. This was the early 90s, the days before health and safety became important!

Lots of stitches and a few days off nursery followed and in an effort to keep me entertained, my Grandma brought me a Leeds United jigsaw. It was green box with the team photo as the main picture.

Maybe it was the after effects of the collision with the wooden bench or maybe I just liked jigsaws, but that was it, Leeds United were my team.

They were the team my Grandad and Uncle Mick went to watch and it seemed to be a family tradition to support Leeds. My Dad never tried to influence my football team, but given he is surrounded by Leeds fans, I think he knew from the start he was outnumbered.

It would be a few years later before I started watching Leeds properly. The Champions League games were enough to turn me into a fan. This time around, I made that decision based on the team. Although I did like the white Nike kit!

My first match at Elland Road was Manchester City at home in the 2002/2003 season, we won 3-0, with Nicky Barmby scoring the first Leeds goal I ever saw live.

I have been to pretty much every home game since then and a few away. I have seen us play Premier League, witnessed two relegations and one promotion. That second promotion is still proving elusive but it is on its way.

I spent the majority of last season convinced we would get promoted by beating Aston Villa at home and told everybody so. It’s fair to say I was just a little bit wrong. This season I am making no such predictions!

But Leeds is more than a club and Elland Road is more than a stadium. Like so many other people, it holds memories that reach far beyond the football.

It was my Uncle Mick who took me to my first game, then Sarah (my younger sister and fellow Lady Who Leeds) started coming to the games, then my Mum followed and my Grandad started watching again.

We developed a matchday routine. Go to Billy’s Bar for pre-match and then a walk round the ground before going inside.

A lot has happened since those early days, but those traditions still remain the same.

I should probably go find that jigsaw, I never did finish it!