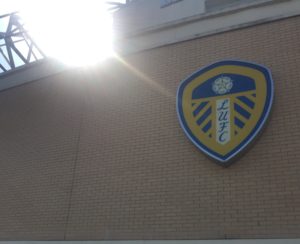 The past three months have been one of the strangest and most difficult periods that the world has seen.

Football was rightly put on hold, but the world is slowly returning to a semblance of normality and with that comes the return of the Championship.

In 7 days, the 3 month pause on Leeds United’s promotion charge will come to an end and we will go again.

The promotion was never going to be straightforward, that’s not what we do. However, I certainly didn’t think we’d be on course to go up in mid-July in an empty stadium!

I have no doubts that we will go up.

I don’t think our upcoming opponents will know what’s hit them when we start back. Our training stats are said to be better than before the lockdown and we were running teams off the field back then.

Whilst all around us seemed to be losing their heads and calling for points per game or the league to be null and void, we just trained quietly in the background. Each player with a full set of kit at home and a personalised programme.

It’s almost hard to believe that this is Leeds United we are talking about but Leeds under Bielsa have become the team that we have always wanted to see. The fact that he has had 3 months extra time to plan means I am not only confident about this season, but I am already thinking of what could be next year!

The loan deals of White and Harrison have been extended and we go again with the same side who have taken us to the verge of the Premier League. I can’t wait to see Pablo Hernandez, three months of no games will surely have benefitted him the most and the opposition might just find him unplayable.

I was in two minds before and I wasn’t sure whether I wanted the league to end and just be promoted. Now I can’t wait for next week.

I have missed football and I know I am not the only one. I took it for granted but I now know how much I rely on the weekly schedule, the sense of community and the 90 minutes of escape along with all the emotion it brings. Football might only be a game, but it helps our mental health.

It isn’t going to be the promotion we all wanted, watching online or on television does not make up for not being there and I for one will have the sense of missing out. But these are the times we are living through and nothing was ever going to be straightforward. We are Leeds and we’ve never really done ‘normal’.

The schedule is chaotic and there is the real possibility we could get promoted at home against Stoke..at 5pm.. on a Thursday. How very Leeds would that be?

I have no doubt there will be twists and turns in the remaining games, but Leeds United are back.

The nerves, the league table calculations, the press conferences, the goals and the bucket.

It is all back….one week today.