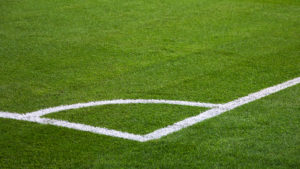 I don’t mind admitting I was a little nervous before the game yesterday.

It was the type of game we have seen so many times before, the chance to go back top and open up the gap between us and third.

There was absolutely no need to worry, this Leeds United team are different. There is a renewed determination in this team and that showed yesterday with a convincing win. A win that saw Marcelo Bielsa become the quickest Leeds United manager ever to reach 50 wins in competitive games.

Aleksandar Mitrovic tried to unsettle us within the first two minutes when he caught Ben White with his elbow. He was lucky to stay on the field after the incident was missed by the referee, however he is now likely to face a retrospective punishment.

It didn’t take long for Leeds to take the lead with Patrick Bamford scoring after just 10 minutes.

The rest of the first half was uneventful with Fulham having the majority of the chances. Leeds had 35% possession in the first half, which is possibly one of the lowest percentages we have had under Bielsa and you could sense he wasn’t entirely happy with the first half performance.

This was confirmed by his two half time substitutions. Pablo Hernandez and Gjanni Alioski replacing Bamford and Helder Costa.

There was a quickness to our play in the second half and it was Alioski who doubled the lead on 54 minutes with his 5th goal of the season. Jack Harrison providing the assist with his ninth of the season.

Harrison got on the scoresheet himself after a sublime assist from Pablo Hernandez. The pass was one of those moments when you realise that Pablo is possibly the greatest player to ever grace the Championship. It was just pure footballing genius.

Fulham couldn’t handle us in the second half, like so many teams before them this season and the result means they are all but out of the automatic promotion race.

There was a special moment at the end of the game when Alioski walked around and clapped the fans, it was a simple gesture but one that shows he is still thankful for all the support from the fans at home.

We are now 8 points ahead of Brentford with 7 games left to play.

It’s happening, the only question now is when!