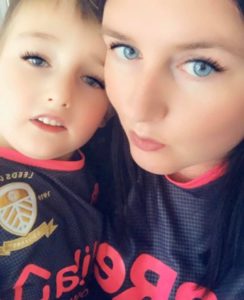 Emma Louise Millward is the latest supporter to share her Leeds United and Me story.

2. How long have you supported Leeds?

Alan Smith scoring on his debut against Liverpool, November 14th 1998

The amount of times I shout “Paddy would have scored that” at the tv, at least my boyfriend finds that hilarious.

9. Predictions for the next 5 years?

Leeds United gain promotion, Bielsa seeing us back to Europe in his first year and then WACCOE a year later!

He will forever be a Leeds United legend.

Our tribute to Jack Charlton https://t.co/jL0mbcJTQd

Rest in peace Jack, our thoughts are with his family and friends.