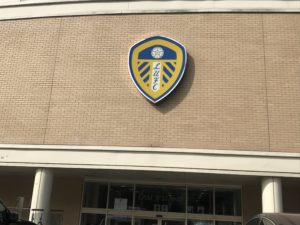 It took 16 years, 2 months and 10 days to return but Leeds United will grace the Premier League once again.

The man we are indebted to is Marcelo Bielsa, the man they call El Loco.

Arriving two years ago, he was a man revered by many including Pep Guardiola and Mauricio Pochettino. He had a cult following from across the world, and from the moment he arrived at Leeds United he’s shown just exactly why.

When he arrived he had 7 weeks, just seven weeks to transform Leeds United into a competitive club once more and transform the club he did.

Bielsa dared to do things differently and different was what Leeds United required.

The traditional formalities of a pre-season were revolutionised, players engaged in litter picking duties to appreciate the efforts supporters go through to watch the team play.

The infamous “Murderball” becoming a staple of training at Thorp Arch. It was clear to see that Bielsa was meticulous in detail and demanded the very best from his team.

He showed he had the ability to transform players, Mateusz Klich is one who knows this only too well. A player cast aside by Bielsa’s predecessor Dave Heckingbottom, but was given a second chance under Bielsa. A leap of faith which succeeded beyond expectations and last week saw Klich register his 92nd consecutive game for Leeds in the Championship.

It was fast becoming apparent just how different Bielsa did things; some genius, some controversial.

Derby County soon became one of our great rivals after the Spygate affair, with Bielsa sending a member of his coaching team to watch their training sessions. A regular occurrence in his native Argentina, a move not so popular here.

Whilst many thought he resignation was imminent, he proceeded to deliver a 70-minute press conference to explain his methods, teaching the footballing world a thing or two.

His footballing integrity was of the highest degree when Aston Villa were visitors to Elland Road. A game which saw Leeds players stand still to allow Villa to equalise after Mateusz Klich put the ball in the net with Jonathan Kodija down injured at the time.

They were extraordinary scenes to witness with Bielsa standing on the sidelines shouting  “give them a goal”. A move which later saw Liam Cooper receive the FIFA Fair Play Award on behalf of the club.

In his first season, Bielsa provided drama on and off the field and whilst the team fell just short of promotion, Bielsa had created a movement, he changed the club culture, the direction and initiated the journey back to the Premier League.

Another season was all he needed.

Bielsa and his players returned with a new sense of purpose, the heartache of Derby providing motivation to get the job done this time around.

When the pandemic paused football in March, Bielsa and his team were ready. Equipment had already been sent to players to ensure fitness levels were retained, ready for the day football would return.

It took 106 days for Leeds United to take to the field again, but when it finally returned we were ready. Registering a total of 22 points from 9 games, a mesmerising statistic in the midst of all the uncertainty.

After 16 years absent from the Premier League and 28 years with no silverware, the drought ended last week and Leeds United were promoted as Champions.

The scenes over the past few days, indicate just what Bielsa has achieved for the club, for the supporters and for the city.

He has written himself in Leeds United folklore.

He will go down in club legend, he is the man who took us home.