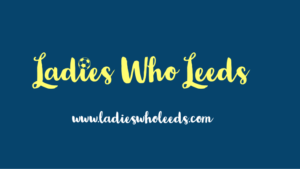 How the tables have turned.

After a play-off semi-final defeat to Derby County last season, we were left heartbroken and mocked by Derby fans and players alike. Fast-forward a year and Derby will have to give Leeds United, the newly crowned Champions, a guard of honour.

It will feel almost surreal to watch a Leeds United game with no nerves or nausea present, we can relax in the comfort and knowledge that we are Champions and are back where we belong with two games of the season remaining.

Despite this accolade I’m sure Marcelo Bielsa and his team will want to leave Pride Park with nothing less than 3 points today.

There are likely to be changes to the team that ground out a 1-0 win over Barnsley on Thursday. Helder Costa sustained a rib injury and is likely to be absent from the squad and it will be interesting to see if Ben White remains in midfield or returns to his usual centre back position.

Derby will spend another season in the Championship as their play offs hopes were ended yesterday. Manager Philip Cocu will have forward Martyn Waghorn back in contention after serving his three-match suspension and Duane Holmes is also available after recovering from injury.

Just two games remain until we bid farewell to the EFL and a victory today would be the perfect leaving present.