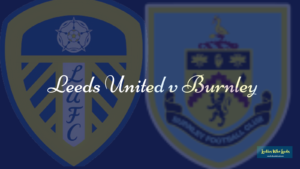 Burnley are the visitors to Elland Road today as Leeds United aim to get back on track following defeat to Manchester United last time out.

We will need to do so without Liam Cooper, who has already been ruled out of the game following his injury in the game last week. Diego Llorente is back however and meaning that we will likely see him pair up with Luke Ayling in the centre of defence.

Aside from that enforced change, I think we will see the same starting side who played at Old Trafford last week.

Burnley have doubts over Dwight McNeil and Robbie Brady who both picked up injuries in their last game.

I think this is a game we should win and certainly have the players capable of beating Burnley. That said, we have had a tendency to play better against the very best sides so this might be a difficult one today.