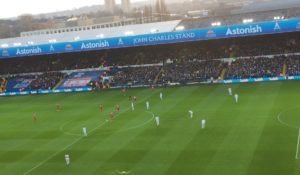 We went from waiting three months for a game to waiting just 3 days.

Leeds United take on Luton Town at Elland Road in a match which is key to both sides, for two very different reasons.

We are looking to move one step closer to promotion and extend the gap between ourselves and third place. Luton are fighting for their Championship survival, sitting in 23rd place and 3 points adrift from safety.

This should be a comfortable win, but this is the Championship and we all know that results don’t always go as they should.

In terms of the starting line-up tonight, I think it is unlikely Pablo Hernandez will be risked from the outset as he said in his interview that he wasn’t 100% fit. I think we are likely to see an unchanged team to that who started against Fulham.

Luton go into this game on the back of 5 games unbeaten but will be without 7 players this evening due to injury and the expiration on contracts. Former Leeds man Eunan O’Kane is one of the injured players after suffering a broken leg.

There is a lot of talk of what Brentford and West Brom could do, but three points tonight and we stay clear at the top.

It’s as simple as that, promotion is in our own hands.