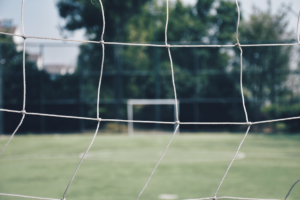 Chances, chances and more chances, but few balls are reaching the back of the net. It’s becoming a common theme now and something we really need to address if we are serious about promotion this season.

Tuesday wasn’t the best of games and it wasn’t Bamford’s night, chance after chance but no conversion, however he wasn’t the only player to squander goal scoring opportunities.

As I thought, Preston proved to be tough opposition and took the game to us and converted their chance when it appeared.

There were calls for Eddie throughout the game and I think he should have been on the field much earlier than 77 minutes, however his short appearance proved vital and after a cross from Jack Harrison, he looped a header over Preston goalkeeper Declan Rudd.

The Eddie debate will no doubt go on and on, however I feel he warrants his first Championship start on Saturday, our current plan is not working and despite been second in the league the buzz of last season is just not apparent at the moment.

It’s evident injuries are costing us but it’s time to try something different.

We might have had shout for a penalty in the dying seconds, but in truth, we should have been 2 or 3 goals clear long before then.

Despite a draw, it’s still a point and we remain second, hopefully we will see the return of a few players on Saturday and get the feel-good factor back.