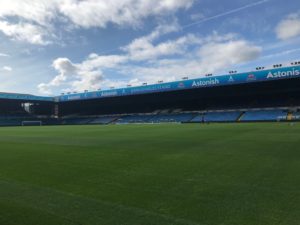 “Don’t go to bed just yet”, a deadline day throwback that Leeds fans will remember all too vividly….for all the wrong reasons.

As we all know well, Leeds United never do things the easy way and the transfer window is no exception.

Daniel James, a constant reminder of this.

Whilst our track record isn’t the best, it’s apparent that we do need to bring in a few players. In the wake of Eddie phoning home and returning to his parent club Arsenal and Jack Clarke beginning his tenure with Tottenham earlier than expected, we are light on players, particularly upfront.

As per usual, several names have been bounded about including Southampton striker Che Adams, a return for Billy Sharp and most recently Glenn Murray.

What we also know is that Bielsa doesn’t like to mess with his team and whoever comes in will most likely spend the majority of his time on the bench. Bamford is playing his best football and in the eyes of Bielsa is our main striker.

Our current league position should no doubt entice players to Leeds United, but as ever we only want players who know what it means to be Leeds. Those players who see the bigger picture of what Bielsa and his team are in the process of building.

I think this window will prove to be an interesting one. Promotion is at stake and to ensure we end May with no regrets, we hopefully will see the club securing players early and making a clear statement to the fans that we have sufficient numbers to see us to the Promised Land.

What we know for sure is Bielsa will not be going on a spending spree.

This is Leeds United after all, our days of spending big are over… for now.

Ladies Who Leeds, a football blog designed to share all things Leeds United.